A Bit of S.D. Bell History

While not every detail is known about Samuel David Bell or his company’s history, here is a brief background on how S.D. Bell & Co., came to be.

Samuel David Bell was born in 1868 into a working class farming family of nine children. As a teenager, he moved to Belfast and worked as a shop assistant at a general store, Dunwoody & Blakely. There he met and married Jeannie McCausland, whose father owned a linen mill. When the store was facing bankruptcy, Bell offered to buy the company from Dunwoody & Blakely – no doubt with financial support from his father-in-law – allowing the owners to retire comfortably and giving Bell his own business.

While the company is now a Tea and Coffee Emporium, back in 1890 the Belfast economy could not support such a singular venture and thus he operated a general merchant. At the time, Samuel’s firm was officially recorded as  “S.D. Bell and Co, Tea Merchants and Family Grocers.”  In addition to his operations on Ann Street in downtown Belfast, Bell also built three houses in the suburban neighborhood of Knock, where the company still resides.

Beyond his business, Samuel Bell was a religious man known for his philanthropic work, particularly with Belfast’s poor, and he had a great love of horses. He would ultimately pass S.D. Bell & Co. down to his son and the family-owned business is now in its fourth generation. 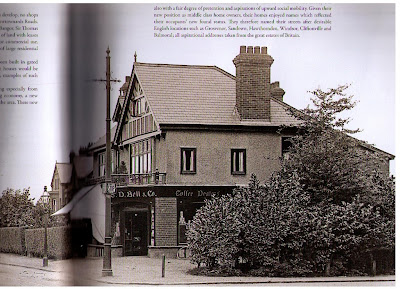 Posted by Best International Tea at 8:28 AM 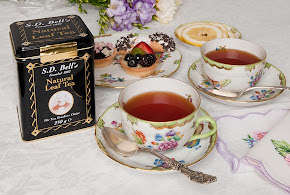